I AM Mr. Kaplin

I am a motion design studio

Mr. Kaplin is an award-winning motion design studio based in London. Founded in 2012 by creative director, Robert Glassford, and art director, Daniel Zucco, Mr. Kaplin has established a magical balance between abstraction and playfulness. We are really excited to welcome this young creative duo to the I AM project.

Glassford and Zucco have created a series of videos inspired by their favorite MAM watches: VOLCANO, ARENO, SILT and HISTO. “The starting inspiration for each video was the materials of each watch. These materials, both in terms of aesthetics and sustainability, are the key that makes MAM watches so unique. As a further nod to MAM’s style, we wanted to keep the videos minimalistic, but with a focus on the finer details, all of which are revealed or highlighted by the movement of the ball.”

Mr Kaplin’s creations will always surprise you in some way. Maybe that’s why their work “can be hard to summarize, as it varies a lot from being character-driven, to more abstract. There are definitely some common stylistic themes — minimalism, tactile textures, and bright colors.” While they “like to bring a bit of fun and humor to our work...it does often have a dark edge to it."

“The starting inspiration for each video was the materials of each watch. These materials, both in terms of aesthetics and sustainability, are the key that makes MAM watches so unique".

When it comes to their daily work process, “we usually start the day with coffee and a chat,” Rob says. But if they are in the creative development stage, “then a typical day will involve a fair amount of discussion, research and possibly a heated debate or two about the direction we’re going to take. Once we’re into production, it’s usually heads down and headphones on pretty quickly.”

“Many object buffers... make for light work,” Rob says when you ask him about their creative process. When their imagination gets stuck, “taking a short break often helps with getting out of a creative rut, so we’ll try and get out of the office for a walk and a coffee.” If caffeine isn’t enough, “moving onto something else for a bit is often more productive than trying to force inspiration.” Of course, having a creative partner in crime has its perks: “If one of us is struggling, we can usually bounce off the other to keep things moving along.” 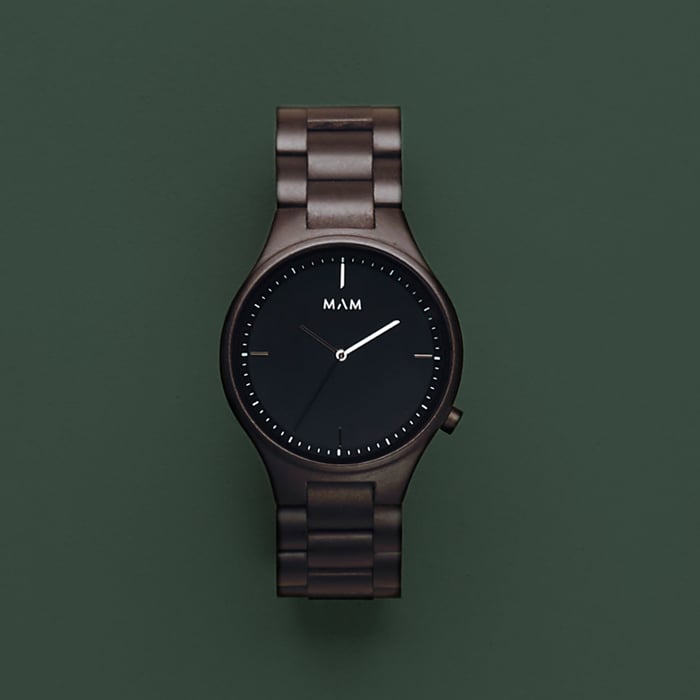 “Ruins” by Portico Quartet is Dan’s go-to song to get him into a creative headspace. Rob always feels inspired by the architecture of The Chicho Art Museum, a beautiful space designed by Tadao Ando. “The way the building captures light and dark is incredible. It really appeals to our love of abstract shapes.” He also admires “the cinematographer Roger Deakins, citing The Assassination of Jesse James, though “his work as a whole is pretty incredible.”

Rob’s happy place on Earth is “reading a bedtime story to [his] daughter.” While Dan’s probably would be anywhere he have tacos, which he considers “more of a constant than a recent food obsession.”

When you ask Dan about sustainability and the future of our planet, he is an optimist: “The changes people are already starting to make are really encouraging".

When you ask Dan about sustainability and the future of our planet, he is an optimist: “The changes people are already starting to make are really encouraging. I’ve definitely become more conscious about single use plastics in the past couple of years. It’s made me more aware of how and what I consume, and to look for ways to buy less plastic rather than just focusing on trying to recycle it after use.”

If you are a young creative trying to make it, Dan has something to say to you: “Seek out collaborations – working with other people is the best way to learn as well as a fun way to get involved in your creative community.” He is also an advocate for taking advantage of the power of the internet, praising its “tutorials and advice available and avenues to share work” as tools which “open so many doors.”

For Mr. Kaplin, time is “a blue render bar at the bottom of the screen.” 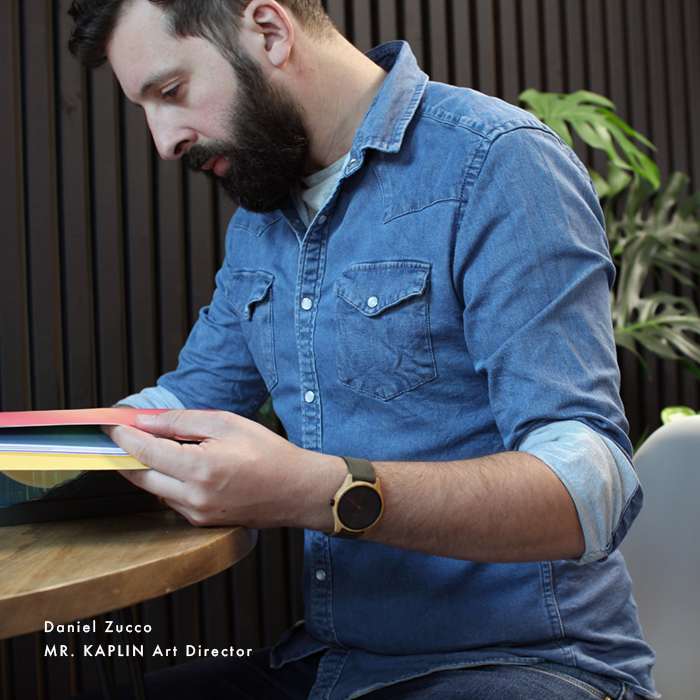 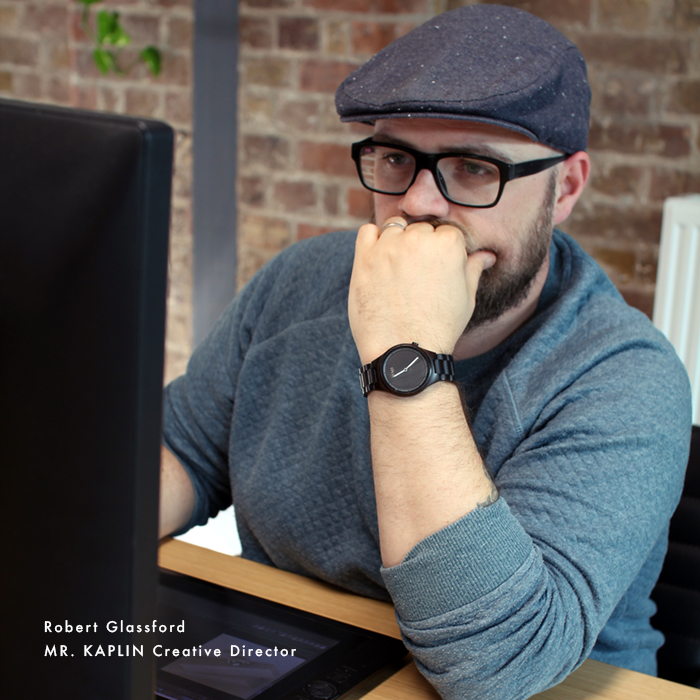 I AM Carolina Spencer

I AM a Flower Designer and Founder of Matagalanplantae I AM FRIEDRICH NEUMANN

I AM A 3D ILLUSTRATOR AND ART DIRECTOR I AM DAI RUIZ

I AM AN ILLUSTRATOR I AM Caravane studio

I AM A CREATIVE STUDIO I AM David Aiu Servan-Schreiber

I AM a visual artist I AM DANNY GIANNELLA

I AM Co-founder and Design Director of Bower Studios I AM Xaviera López

I AM an artist I AM Frank J. Guzzone

I AM A 3D DESIGNER & ART DIRECTOR I am Cristina Coral

I AM a visual artist I am Ezequiel Pini

I am the owner and creative director of Six N. Five I am Candela Capitán

I AM a contemporary dancer I am an illustrator and 3D artist I am Marine Tanguy

I am the founder of MTArt Agency Introducing The I AM Project